Shelby Stockton - Writer and Comedian > About 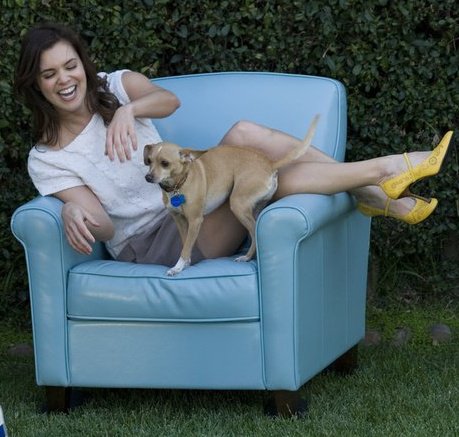 Shelby Stockton has been doing stand-up her whole life, but started using a stage & a mic in 2006 when her therapist suggested she do something positive after a nasty break-up. She learned the art of sarcasm in her hometown of Houston, Texas and polished her craft at The University of Texas at Austin. Shelby blew minds when she became the first woman to hold the title of Rush Skit Director at the Alpha Delta Pi house for 3 consecutive terms.

After leaving office, many expected Stockton to head to the nation’s capitol, but she took a detour to Hollywood where she caught her first big break, sharing a scene with the incomparable Gary Marshall, in Tomcats, as the sardonic Mistaken Bride. Shelby has performed stand-up and sketch in every venue available in Los Angeles and recently recorded her first comedy album. She also performed comedy at Coachella Music Festival which was hilarious. One time her cat died on her birthday, but today she lives happily with no kids and a gay man.